Going beyond second chances with Elena

It is amazing how a nice experience can change your perspective about things, persons or, in this case, animals. As I shared in my last blog entrance about second chances with horses, it is wonderful how feelings can change in such a positive way. I was not scared anymore about getting close to these medieval beautiful creatures that are commonly portraited in fantasy books. The amazing turning point is that not only the fear was gone, but it had turned into excitement and happiness of seeing again the lovely Elena; in fact, I actually had missed her and when I saw her, it was like meeting again an old friend with whom bonds are tight enough. 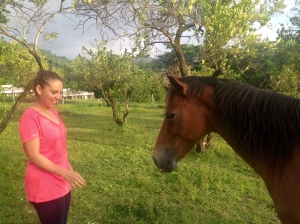 Within a peaceful landscape and a green surroundings, Elena was ready to have fun. She was full of joy, despite it had been a sunny day, that frequently leads to fatigue and laziness. This was not the case and it worked just perfectly to be astonished by her intelligence, that increased with a sweet motivation. Three buckets and some treats where enough to enjoy this time with her.

As usual, she smelled my hand to feel familiar again. Then, I pampered her with some tickles in her neck and brushed the black mane. When she loses her haw and stares at you like if she was smiling, is an affirmative way of saying how much she likes it, and absolutely, a “please don’t stop” expression. But Elena knew that there was something else; something that not only called her attention, but her stomach desires: treats that could only obtain by being polite, obedient and making an occasional wit, just like a house pet.

After the game started she knew what to do, where to go and how to behave. First she

stepped back as a sign of respect. Then, she waited the instruction to go towards the first yellow bucket, touch it with her nose, and come back to see if she had earned the tasty price inside the black can. This was the moment when no pressure was allowed; a patient and meek behavior would be the credit to take the treats’ payback, and indeed, she earned them one time after another. The jackpot for Elena came after several games when she was able to receive not only a few, but a whole portion of comfits that was left in the bottom of the bin. She was there, eating happily, while I was sitting calmed and joyful of the moment.

That was Elena, a serene, docile and charming creature that not only gained some candies, but the affection of someone who used to be scared of horses, but now is pretty close to become a huge fan of them.

Awww Maria, you and Elena are such a good team. Thank you for sharing you thought and learnings and we all look forward to more.

Welcome to my blog and welcome to St. Vincent and the Grenadines. Our island is incredibly beautiful and spending time at our center is energizing and healing. You are welcome to study Liberty training, The water hole rituals and Natural Horse Management with me Looking forward to connect with You!

Daniela on the Dance of Oneness 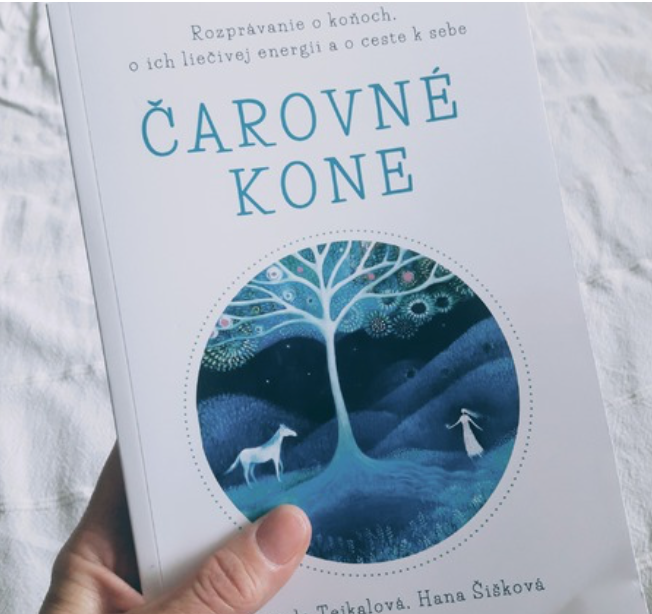 “The most remarkable feature of this historical moment on Earth, is not that we are on the way to destroying the world — we’ve actually been on the way for quite a while. It is that we are beginning to wake up, as from a millennia-long sleep, to a whole new relationship to our world, […]

Our Horse School at Richmond Vale Academy is located at the foot of a 4000 ft Volcano named La Soufriere. The volcano became active after more than 40 years of sleeping and is right now having an effusive eruption. Effusive is not explosive, but effusive can become explosive. Saturday 9th of JanuaryThe horses are calm, […]

Change your Life with Horses!December 3, 2016
- a Unique Caribbean Retreat!